The Berni J. Alder CECAM Prize recognizes exceptional contributions to the field of microscopic simulation of matter. The prize is meant to honour an individual scientist; exceptionally it can be awarded to at most three scientists having equally contributed to the specific topic for which the prize is granted. This is the most prestigious European prize for computer simulations in condensed matter physics/chemistry, statistical physics and physical chemistry. The 5000 Euros prize, awarded every three years, was originally created in 1999.

The Berni J. Alder CECAM Prize for 2019 has been awarded to Prof. Sauro Succi, Italian Institute of Technology, Center for Life Nanosciences at La Sapienza in  Rome. The award ceremony will take place on September 11  2019 at EPF-Lausanne, Switzerland. Prof. Sauro Succi is a pioneer of the Lattice-Boltzmann method.  In 1989, he was instrumental for the first Lattice-Boltzmann nonlinear flow simulation and, shortly after, for contributing to the highly influential “top-down” interpretation.   Following these groundbreaking contributions, he authored a multitude of early fluid-dynamic applications and spearheaded developments which  made the approach suitable for modeling flows far from equilibrium, up to inserting the Lattice-Boltzmann method into a multi-scale approach.  Over the decades, he has obtained outstanding results. He has continued to lay out and to consolidate the foundations of the Lattice-Boltzmann method, to open it up to new applications  and  to extend the approach beyond hydrodynamics into new territories of  micro- and nano-fluidics, porous media, soft matter, and electronic transport. Overall, Sauro Succi has transformed  the  Lattice-Boltzmann method into an overarching framework for kinetic physical phenomena.  In addition, he has been pivotal in building and constantly inspiring a community now counting tens of thousands of researchers in academia and industry, all across chemistry and physics, and reaching into more distant fields such as engineering or biology . 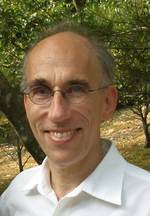 The Berni J. Alder CECAM Prize for 2016 will be jointly awarded to Professor David M Ceperley, Department of Physics, University of Illinois at Urbana-Champaign and to Professor Hardy Gross, Director of the Max Planck Institute of Microstructure Physics, Halle on November 23 2016, EPFL, Lausanne, Switzerland. The two nominees have made fundamental ground-breaking contributions to the modern field of electronic structure calculations widely used to describe by first principles the equilibrium and excited state properties of materials and molecular structures. Even if they have not worked together they have jointly shaped the filed and many of the major achievements are based on their pioneering contributions. They have always focus their activities on fundamental questions and very carefully developed the formalism that ultimately leads to novel computational techniques. Professor David Ceperley is one of the pioneers in the development and application of path integral Monte Carlo methods for quantum systems at finite temperature, such as superfluid helium and hydrogen under extreme conditions. He developed novel methods for stochastic computation of quantum systems and introduced and developed the Coupled Electron-Ion Monte Carlo, a first- principles simulation method to perform statistical calculations of finite temperature quantum nuclei using electronic energies. His most important contribution is the calculation of the energy of the electron gas, providing basic input for most numerical calculations of electronic structure. Professor Hardy Gross on the other hand has made outstanding contributions to the development of time-dependent (TD) density functional theory (DFT) that are among the most influential works in computational physics. Hardy is best known for the development of time dependent density functional theory (TDDFT). But this is by no means his only contribution. He followed this up with developing superconducting density functional theory (SCDFT) and most recently the time dependent potential energy surface (TDPES). He has also made pioneering contributions to reduced density matrix functional theory (RDMFT), ultra-fast phenomena, as well as non-adiabatic processes. This joint award recognises that they have developed genuinely complementary methods to rigorously solve the quantum many-body problem at the level of interacting electrons and nuclei .